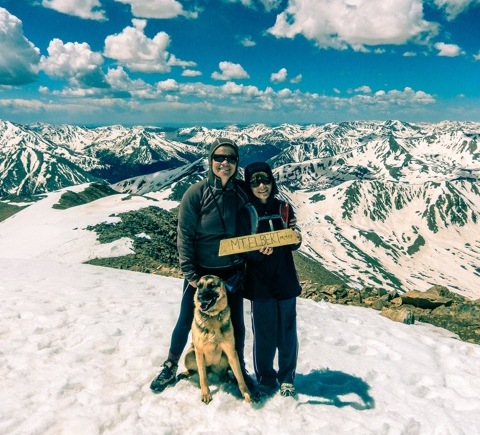 Two of the greatest gifts a mom can give her child are self confidence and unconditional love.  Wrap those gifts in an adventure-packed weekend, and you’ve planted the seeds to a healthy, happy life.

Erin Ratke was a standout basketball and soccer player in high school and college. She had a

three-point shot from the back corner of a basketball court that made opposing coaches cry and an uncanny sixth sense of where she needed to be on a soccer field in order to finish the ball.

Now a full-time teacher, Ratke weaves her life in and out of the  Colorado Mountains with husband Aaron and her three children as if it’s one big playground. If she isn’t in the classroom or on a mountain, she’s cutting fruits and vegetables for her kid’s lunches, watching their lacrosse games, playing soccer herself, or planning a weekend camping trip (even in winter).

Her Passion for Life

loves Colorado. When she moved there after college, she welcomed the new-found challenges the mountains offered.

“I try to do one or two every summer.” 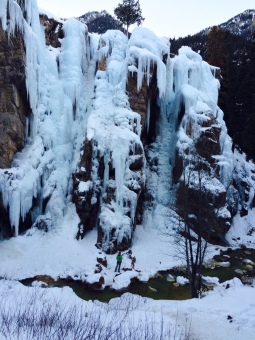 Ratke said her lofty goal began when she met her husband, Aaron.

“He inspired me through his own climbing interests. Our first date was an ice climbing trip that ended with a fallen ice shelf and altitude sickness,” she said. “Before we met, he traveled to Nepal and successfully climbed Ama Dablam which is 22,349 feet.”

As Erin and Aaron’s relationship grew, so did Ratke’s love for climbing.

“I wanted to learn to climb more extreme mountains, so we decided to climb Mt. Chimborazo      (20, 584 feet) in Ecuador for our honeymoon,” she said. “That was the most dangerous mountain I attempted. Our guide turned us back at 19,000 feet because the conditions were not safe.” 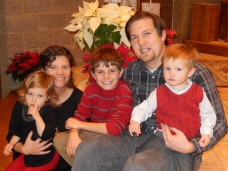 Ratke said she would like to try that climb again someday when they have more time. But right now, they are busy with their full-time jobs and raising children. So they play in Colorado.

“We go to Ouray, CO to ice climb every year and take turns on the climbing wall at our local gym,” she said. In addition to playing lacrosse and soccer, the Ratke’s mountain bike, run, and ski when they aren’t climbing.

Relaying Her Passion to her Children

Their oldest son, Ezra, started climbing with them six years ago.

When they arrived back at camp after that first climb, they handed Ezra a Mountain Dew for his efforts. “So we called our climb the Mountain Dew Mountain Challenge and made it a yearly tradition.”

After their two youngest children were born, Ratke continued climbing with Ezra.

”Our climbs have become just special time for Ezra and I every summer while Aaron watches the kids. I am extremely proud of Ezra,” she said. “Each climb gets harder and harder because we have done all the easy ones. The hardest was Mt. Massive which took 12 hours. We thought we took a wrong turn and were prepared to spend the night in the mountains, but we made it!”

Ratke has her eye on a few new mountains for her climb with Ezra in June of 2015. Her love for adventure and life has been handed down to him, and she sees no end in the near future to their annual mountain challenge trip. It has become a part of them. Ezra agreed. He said it was tough and fun at the same time.

“It’s the best feeling when you get to the top,” he said. “You feel like you are on top of the world!”

So Erin Ratke and her husband Aaron continue to live and grow with Ezra and their two smaller children, Jazmin and Orion. Sometimes you’ll find their little family dawdling in play between the Colorado foothills and mountain tops because, well, Erin is an Athletchic mom. She is a true role model not only for her children, but for all moms who ever thought they had to give up their dreams to have a family. Like the true teacher that she is, Erin has turned her love of life and adventure into her children’s teaching tool.

“We feel climbing is a great experience for Ezra,” she said. “It teaches you to go on when things get tough, one step at a time!”

Mothering doesn’t get much better than that.

Climb on Erin and Ezra! Climb on!