Last night on the Real Housewives of Beverly Hills, we start with the fight that ended the show last week. To remind you, Brandi is walking out with Kim, blocking Kyle from speaking to her sister. Kim has taken a pain killer that her ex-husband had given her. If you can remember from prior seasons, Kim is a recovering addict and has been sober until this point. Kyle is concerned for her sister. In an attempt to speak with her before she leaves, Kyle pushes Brandi’s arm down, the arm that was blocking her from getting to Kim. Brandi does not take that well, flinging a piece of pizza somewhere into Eileen’s house and pushing Kyle down a few stairs. Kyle follows them to the door crying. The fight continues in Eileen’s driveway as Kyle and Brandi fight over Kim, getting physical at times.

During the fight, Lisa Rinna and Eileen stand watching, in shock and unsure of what to do. Lisa explains that she never knows what to do when she sees sisters arguing. Kyle is crying, Kim is crying, Brandi is being her typical, drunk self, all three yelling at each other. The highlight of the fight and the episode, was finding Eileen’s husband, Vincent peering out the corner of the garage window. It was HILARIOUS! (See many pictures below.) There are a few scenes without him and then all of the sudden he pops up in the corner of a garage window. We find out on Watch What Happens Live with Andy Cohen that Vincent had thought everyone left so he went to the garage to grab a beer when he suddenly heard fighting outside. He looked out of the garage window to see Kim, Kyle and Brandi going at it. (If you have not seen the show or if you do not watch the show or even if you watched the show and did not notice, please, please, PLEASE go back and watch this segment. It is so funny that the memory of it makes me laugh.)

After Kyle realizes there is no reasoning with Brandi, especially a drunk Brandi, she gets into a car to head home. Lisa Rinna gets in with her. Brandi and Kim stay for a while and then head home in another car. On the way home, you see Brandi and Kim both struggling. A clueless Kim asks Brandi why her and Kyle were fighting. Brandi tells her, “It was over you.” You then see Kim on her phone, fake eyelashes falling out. Brandi pulls off one, Kim pulls off the other.

Later, we see Yolanda who is talking about how hard it was to leave Bella in New York City for school. She has been worried about Bella ever since she had gotten a DUI when Yolanda was out of town on vacation. (You know, the DUI she has been talking about for the last five episodes.) Yolanda and Bella are face-timing and Yolanda’s Jennifer Lawrence look-a-like daughter plays a trick on her. (Very boring. But doesn’t she look like JLaw!)

On a new day we see Kyle at home as Mauricio walks in the door from work. Kyle apologizes that she has to leave right when he got home but says she needs to go see Kim. Mauricio asks about Kim and Kyle responds, “Kim is in the hospital.” She says that Kim told her she was in terrible pain so her ex-husband took her to the ER. They do not know what is wrong with her but have been running tests.

Days later Lisa Rinna holds a jewelry party at her home to benefit cancer. Yolanda heads over to Kyle’s and Kyle tells her about the situation with Brandi. Eileen, at Lisa Vanderpump’s house tells the same story. All the girls show up at Lisa Rinna’s house ready to purchase jewelry for charity. Brandi shows up in a short, three quarter sleeve, demin dress and says she has parent-teacher conferences that start at seven so she needs to leave right from Lisa’s house. Lisa Rinna makes a comment about how she would get killed for wearing that outfit to her daughters schools.

While at the party Kyle and Brandi steer clear of each other, neither one of them ready to mend their relationship. Kyle expects an apology from Brandi. (Which won’t happen.) Yolanda takes some time during the party to sit down with Brandi. She tells Brandi that she heard about the fight with Kyle. Yolanda goes on to tell Brandi that she can’t be getting drunk. Brandi does not take that well and says she can do whatever she wants. In the meantime, all of the girls are asking Kyle about Kim but Kyle does not know anything.

Denise Richards shows up at the party. (I instantly felt sad when I saw her. She really does not look good. I didn’t know if it was because of a botched lip injection or if she is just depressed.) Lisa Rinna introduces her to Lisa Vanderpump because they both have a lot of dogs. (Earlier in the episode you see Lisa Vanderpump sitting outside of her house on a bench with five small dogs all lined up sitting next to her. Ken drives up with Rumpy, their golden retriever who is just getting home from weeks of obedience schooling. While in school Rumpy finds a girlfriend, Avery another golden, this one with a thyroid problem. The trainer brings her over claiming the dogs miss each other when they are not together. Lisa adopts Avery, who they are re-naming Pumpy. Yes, a golden retriever couple named Rumpy and Pumpy!) Anyways, Lisa Vanderpump says to Denise Richards, “You were married to Charlie Sheen, right?” (I don’t know if I would have led with that.) Lisa goes on to say that she and Charlie Sheen have something in common. Both of them had their cars stolen and rode off a cliff in Beverly Hills. (Great conversation starter!)

Ok, so that is really about it. Not much happens. I was underwhelmed by it all, especially after how last week ended. The previews for next week look AMAZING. Kyle holds an event and Brandi shows up unexpectedly and uninvited (I would guess). The two get into a fight, again. At one point Brandi looks at Kyle and says, “You are not wanted, ask your husband.” Which looks to be hurtful towards Kyle, especially after all the cheating rumors from last season. (I still do not believe Mauricio cheated on Kyle. I do not know who made that lie up!) 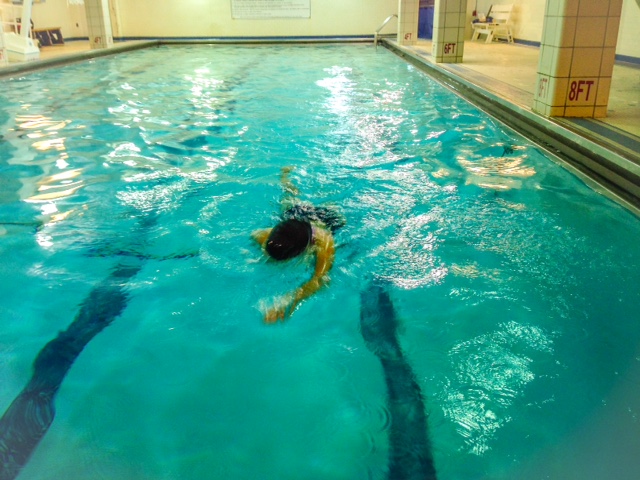